There's just no end to the small food discoveries in the Paseo de Sta. Rosa area.  And it seems, the smaller they are, the more interesting the discovery becomes.
On a drive by a few weeks ago, we found Fu Japanese Restaurant. 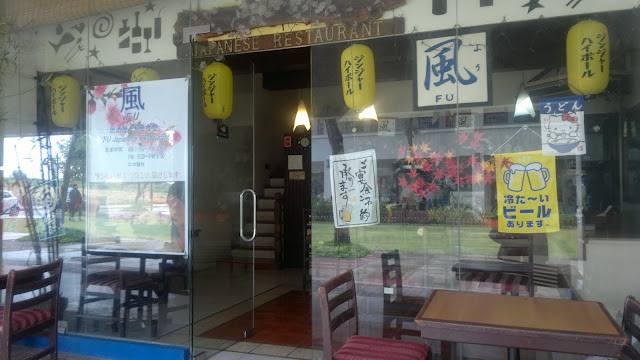 Fu looked  like a traditional izakaya or casual restaurant -- there were posters of beer mugs on the facade and hanging paper lanterns dotting the interiors. 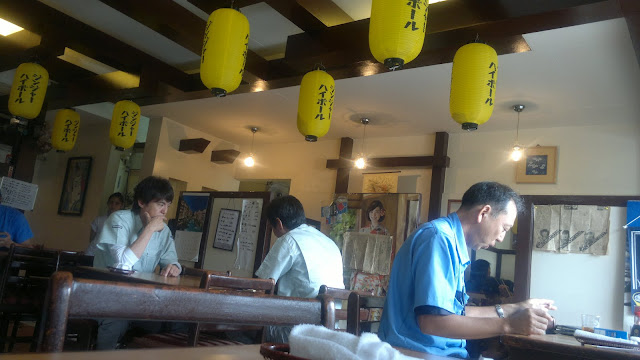 It was a Sunday when we dropped  in yet there were lots of Japanese (probably working in the nearby factories)  having lunch.  Always a good sign to see a Japanese restaurant frequented by local Japanese. 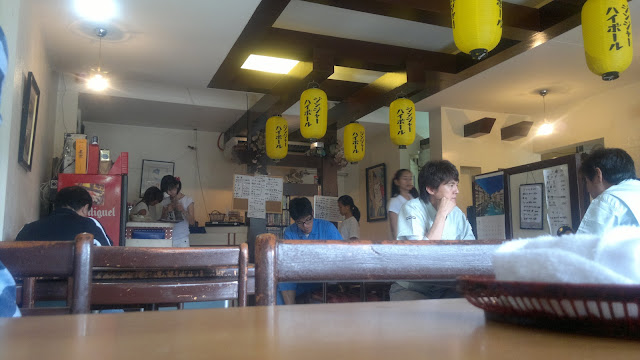 We were the only non Japanese diners in the place - - so we were taken aback when everyone started to light up and smoke!
Apparently, Fu also had the authentic ambiance of a casual izakaya in Tokyo -- where everyone smokes and there is no non-smoking area.
After a while, with everyone huffing and puffing, the room started to get a bit stuffy. 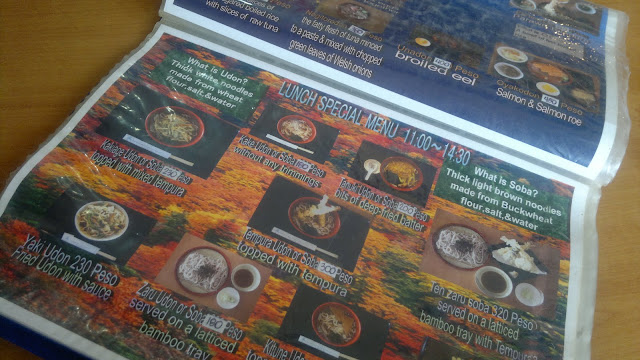 Must get my mind off the smoke!  I opened up Fu's  colorful, photo laden menu and was glad to see a wide range of dishes to choose from.  Lunch specials are served till 2:30 and a menu of the day is tacked on the wall - but written in Japanese of course. 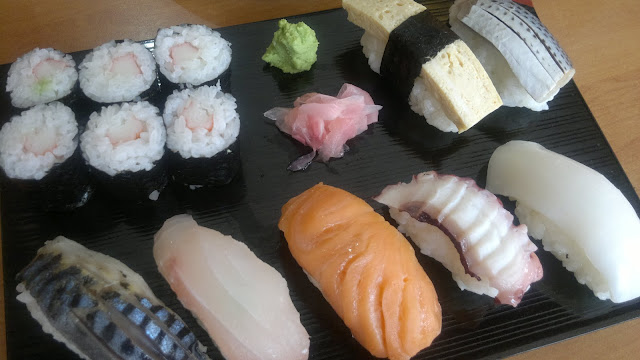 We decide to start with a tray of sushi -- since it was a Sunday,  it was my "eat seafood day".  The mixed sushi was well made, the salmon, saba, snapper and octopus were really fresh.  The sushi rice was at room temperature, not hot or cold -- as proper sushi rice should be. 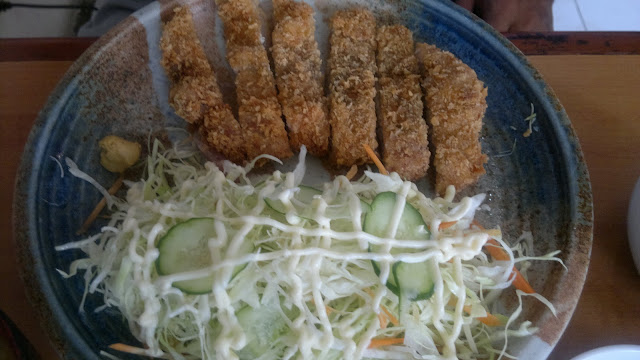 Jay ordered tonkatsu to see how it compared with what he enjoys in Tokyo.
By the looks alone, this order from Fu seemed to measure up. 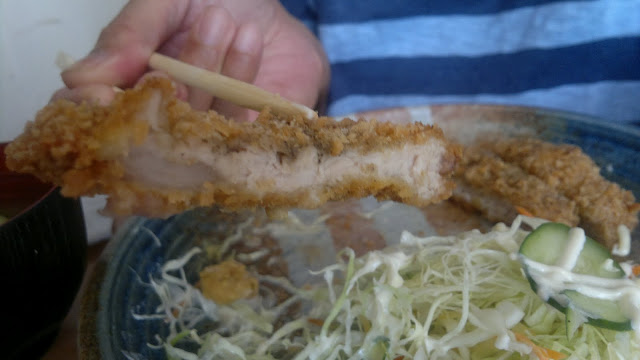 The tonkatsu at Fu is rossu or the fattier but juicier kind.  Jay was rather disappointed since he prefers the hire or fillet cut which is all lean pork meat.  During my pork loving, tonkatsu eating days, rossu though was the only cut for me!  Jay did eat all of the tonkatsu but carefully removed the fat from the meat -- aaah, what a waste! 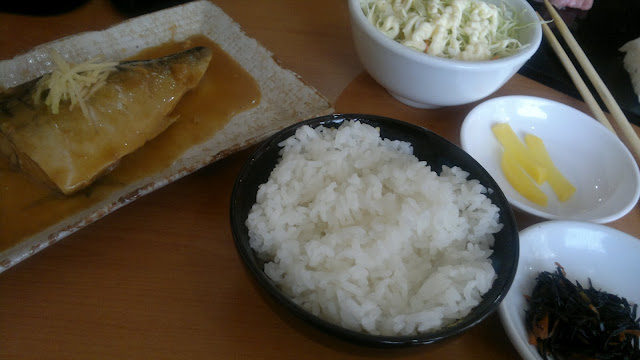 Since it was seafood day for this 6-days-a-week vegetarian, I ordered a nice saba or mackerel in miso sauce. The complete set came with cabbage salad, ginger pickles and a bowl of rice.  The saba was so tender, had just a few bones and melted in the mouth with every bite!
I plan to come back to Fu soon -- authentic Japanese food at salary men friendly prices!
Next time maybe, I'll come past the lunch hour -- so the smoke belching Japanese patrons will have gone back to work and the air will be a little more clear!
Posted by Labrador Lady at 10:58 PM No comments: