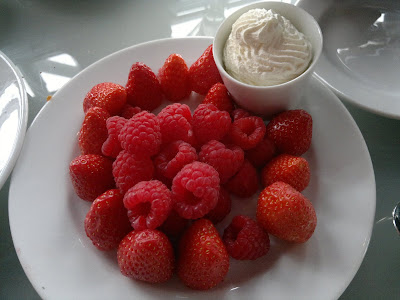 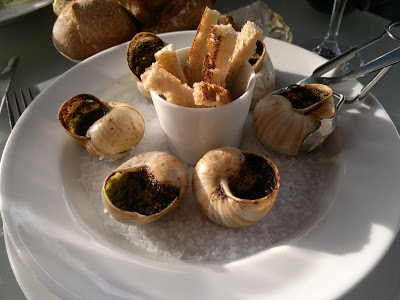 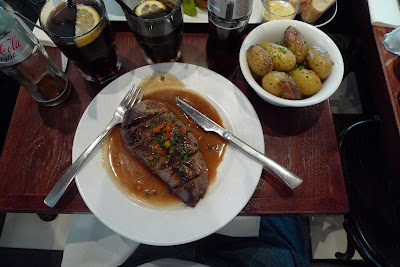 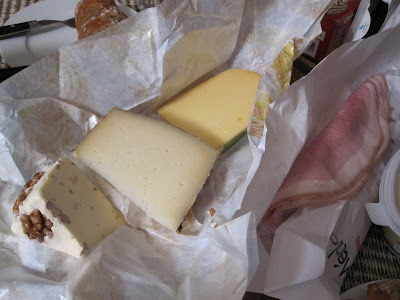 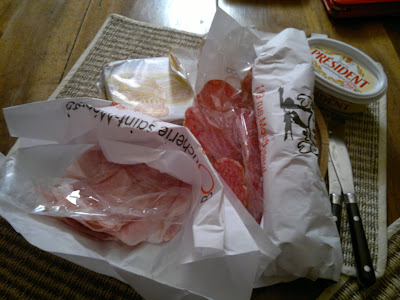 For my last entry in this thread of posts about what I ate in Paris, allow me to reminisce about what I enjoyed these past two weeks.
Not all of it was French food but all of it was good.
Escargots, quiches galore, shawarmas, goat milk cheese, sheep milk cheese, "raw" cheese, hard cheese, runny cheese. Cold cuts from my little boucherie along Rue Mouffetard, tartiflette, magret de canard, framboises with creme ... store bought food, food cooked at "home", artisanal food, commercially produced food, food from high end restaurants and from corner brasseries.
As a wise man said, "Dieting is murder on the road. Show me a man who travels and I'll show you one who eats".
Or, to paraphrase that I travel and so I will eat.
Merci beaucoup, Paris.
A bientot!
Posted by Labrador Lady at 1:36 AM No comments: 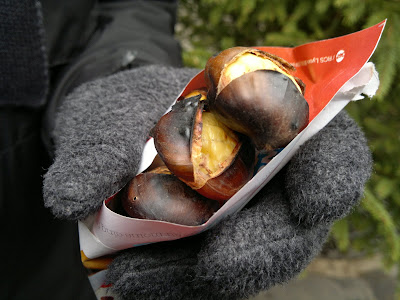 Cheesy but nothing makes the holidays seem even more festive than hot roasted chestnuts.
Here at home, they signal the start of the Yuletide season (along with edam cheese balls and gift baskets in the supermarkets).
In Paris, walking through the biting, -2 cold, the smell of hot chestnuts roasting over open fires, in vendors' stalls and carts, brought memories of home, family and Christmases past.
We couldn't resist.
Never mind if 3 euros for a small paper packet yielded only 10 chestnuts, nothing could beat their wonderful smoky smell and
their fresh roasted taste, something to munch on to keep fingers and hearts warm while spending the holidays far away from home.
Posted by Labrador Lady at 1:23 AM No comments: 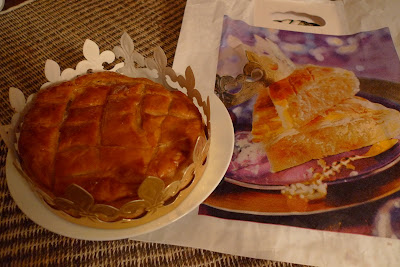 Last night, on New Year's eve, I was standing in line at the boulangerie and noticed almost everyone buying a flaky looking soft cookie cum filled tart called a gallette des rois. It looked yummy so I bought one.
This morning, at New Year's day breakfast, we appropriately had our gallette de rois.
This is a soft pastry filled with frangipane -- a buttery smooth filling made of pastry cream and almond cream.
Not too sweet but with a rich mouth feel and very delicious.
French families traditionally have the gallette des rois on the feast of the Three Kings who are also known as the Les Rois Mages.
Since this festival has moved from January 12 to January 6 to the first Sunday of January, the gallette des rois starts to show up on family tables starting on the New Year.
And because the gallette celebrates the Feast of the 3 Kings, a gold tinsel crown comes with each pastry.
A trinket or favor is hidden in the gallette and whoever finds it, gets the "golden crown" and is king for the day, meaning, he can boss everyone around.
My half of the gallette yielded the "feve", a small plastic logo of the bakery I had bought it from.
No need to boss anyone around though, just discovering and enjoying the gallette des rois had already made me feel like royalty!
Posted by Labrador Lady at 12:35 AM No comments: