It had been unseasonably rainy this November and to ward off the damp chill, what could be better than a hot pot lunch?
Shabu shabu is Japanese onomatopeia at work -- apparently shabu shabu mimics the sound of the swish swish of beef as it is dipped and cooked in the hot broth.
We enjoy going to Healthy Shabu Shabu which has quite a number of branches all around the city. The lunchtime lines are usually snakingly long so it's best to go early to get a table. 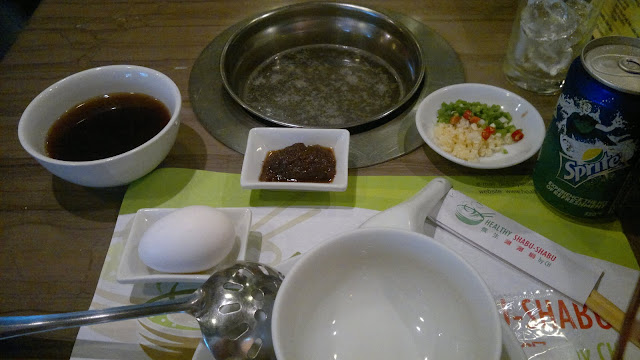 Prepping for shabu shabu includes broth poured into your hot pot which is recessed into the table. You can control the temperature of your hot pot by increasing it to a roiling boil or reducing it to a mild simmer.

Each diner gets a small bowl of a mild soy based sauce and a small dish of chili paste which looks deceptively innocent but packs a really hot kick. Chopped garlic, scallions and more chili plus a raw egg are there for you to personalize and create your own sauce concoction. 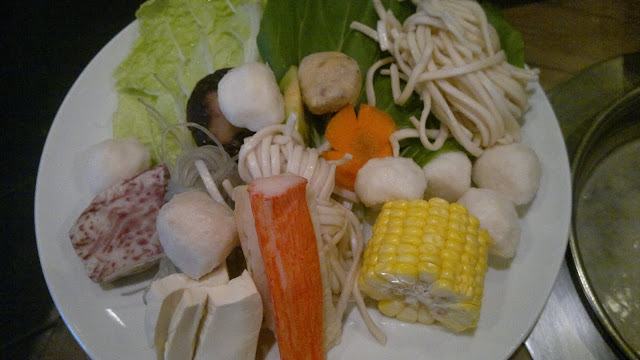 An order of shabu shabu always comes with a base plate of assorted fish and squid balls, noodles, slices of yam, corn, carrots and other vegetables. 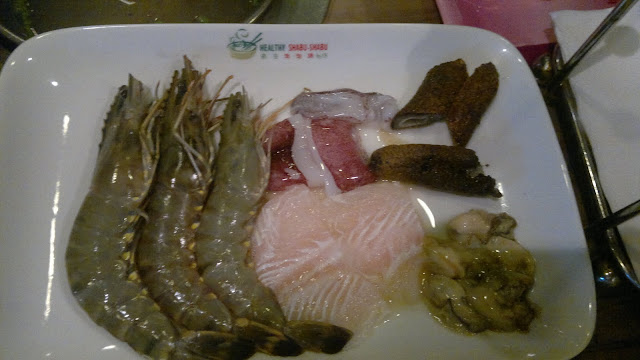 You can choose from various sets such as the expensive wagyu or US Angus beef, regular local beef, pork, chicken, fish.
Since I don't eat meat, I opt for the regular mixed sea food set which includes fresh prawns, fish, squid, oysters and sea cucumber. 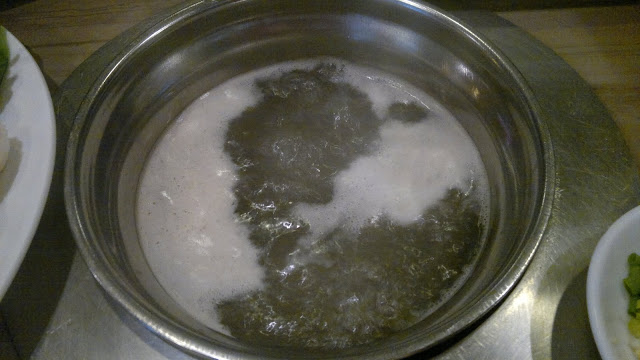 By now my hot pot is boiling merrily away and it's time to start cooking everything -- the carrots, mushrooms, yam and corn go in first since they take longer to cook. Leafy greens don't have to stay too long, if you want some crunch.
The sea food cooks quickly, specially the squid which takes just seconds to be at the right stage of soft doneness. 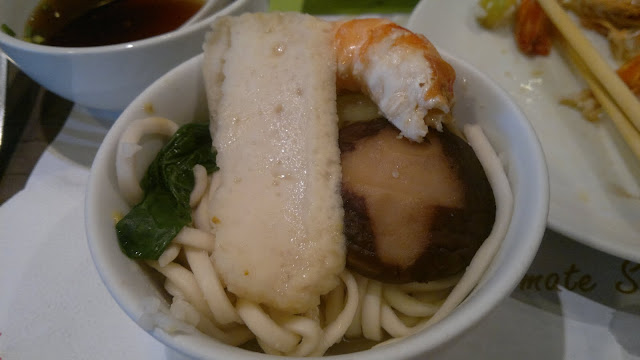 Here's my starting bowl -- fresh fat noodles, a slice of fish dumpling, a large prawn, mushrooms and veggies! Everything tastes so good and really warms me up on a cold and rainy November day.
Posted by Labrador Lady at 10:19 PM No comments:

Tous les Jours -- a french bakery in the City

I was at SM City North Edsa for the week-end and came upon a new bakery called Tous Les Jours or "everyday" in French. I was told that it's Korea's number one bakery and that this was their first branch in the country. 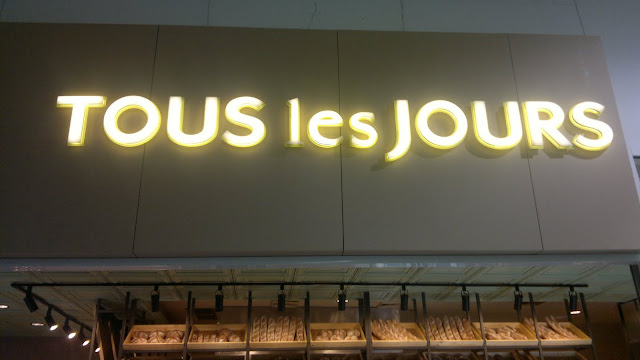 The name is certainly attractive enough and very prominent. Since it was new and it called itself an authentic french bakery -- I thought I'd try and test its authenticity. 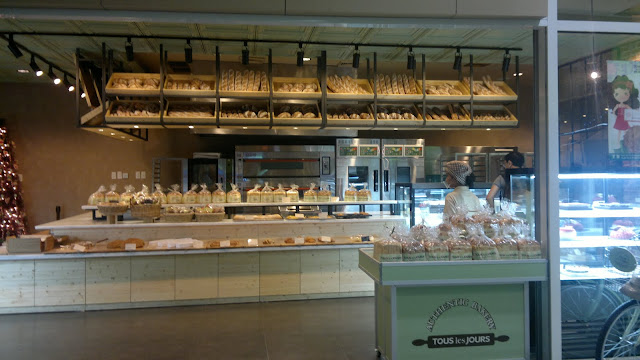 The interiors are clean, spare and in a cool shade of green. The various breads, cookies and pastries are laid out in wooden trays. 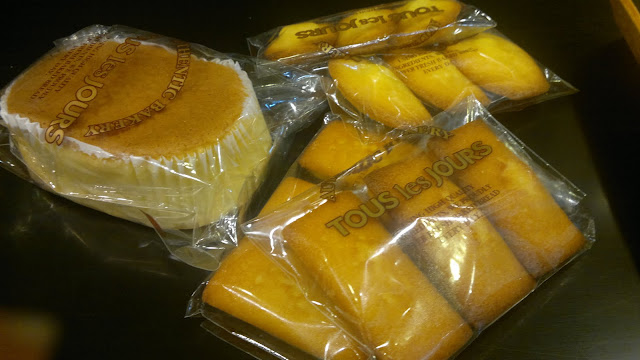 I was excited to see my favorites like the financier -- a dense, buttery teacake and the madeleine, a lighter, small sponge cake with a scallop design.
With due respect to Proust -- these little cakes were tasty remembrances of things past and in Paris.
Posted by Labrador Lady at 6:46 PM No comments: