Pucker up for these sour-and-salty baby potatoes ... Thank you Bon Appetit!

The internet is a wonderful source when you need fun food ideas that are also very easy to make. I found this recipe for Crispy Salt and Vinegar Potatoes on Bon Appetit and knew that I just had to make this.  Sour - salty is my favourite taste combination! 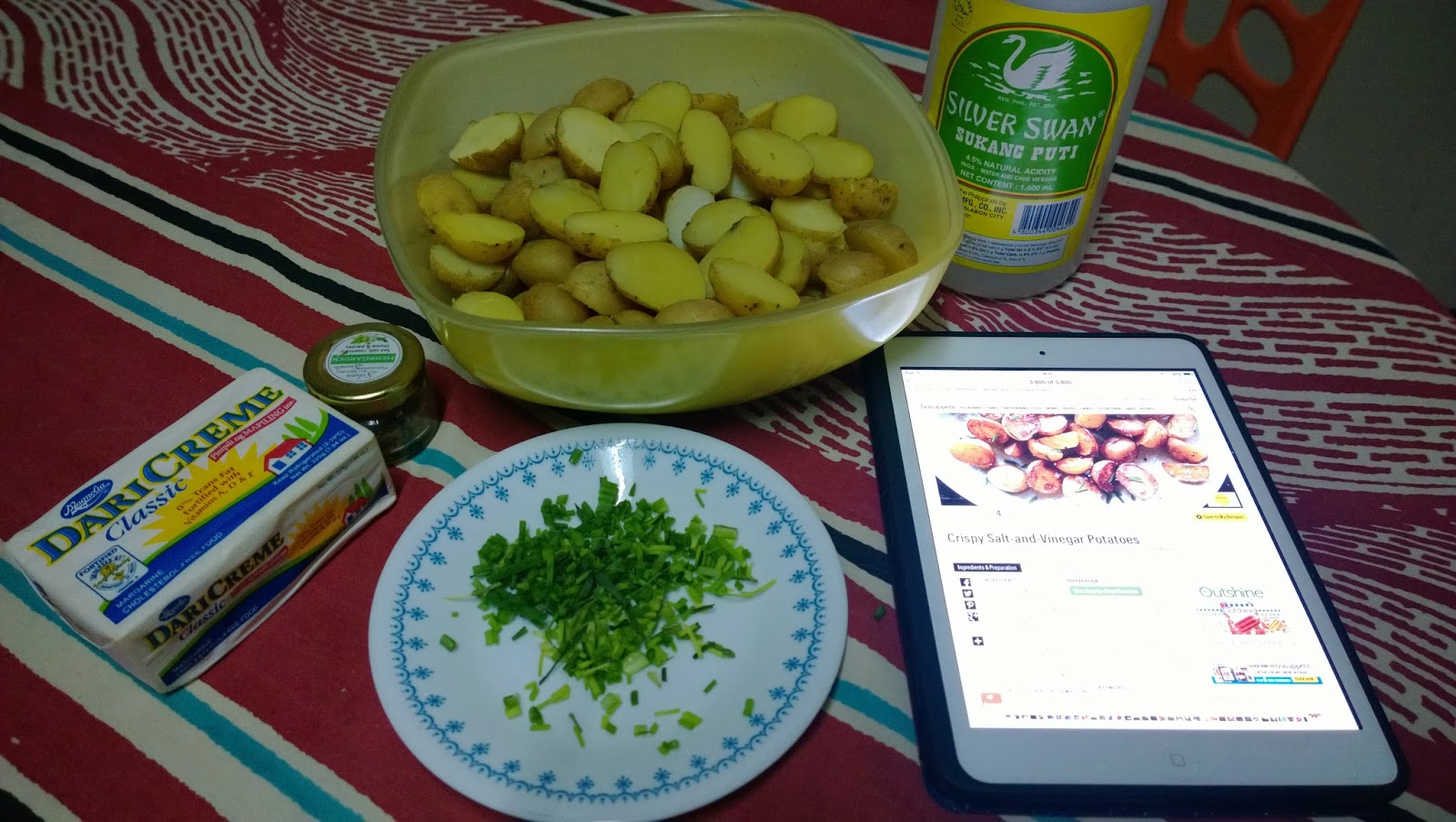 The recipe called for 2 pounds of Yukon Gold potatoes, quartered.  I decided to use 1 kilo of baby potatoes instead.  Since I was at work the whole afternoon, Jay gladly pitched in and did the prep work. The recipe called for a cup of white vinegar (Datu Puti was all we had on hand), 1 spoonful of  rock salt, and just enough water to cover the potatoes in a small saucepan.  Bring potatoes and liquid to a boil, reduce and simmer till potatoes are fork tender but not mushy.  Drain and pat dry.
Other ingredients include butter for frying, finely chopped chives (I used spring onion instead) and an additional two spoons of vinegar and more rock salt. 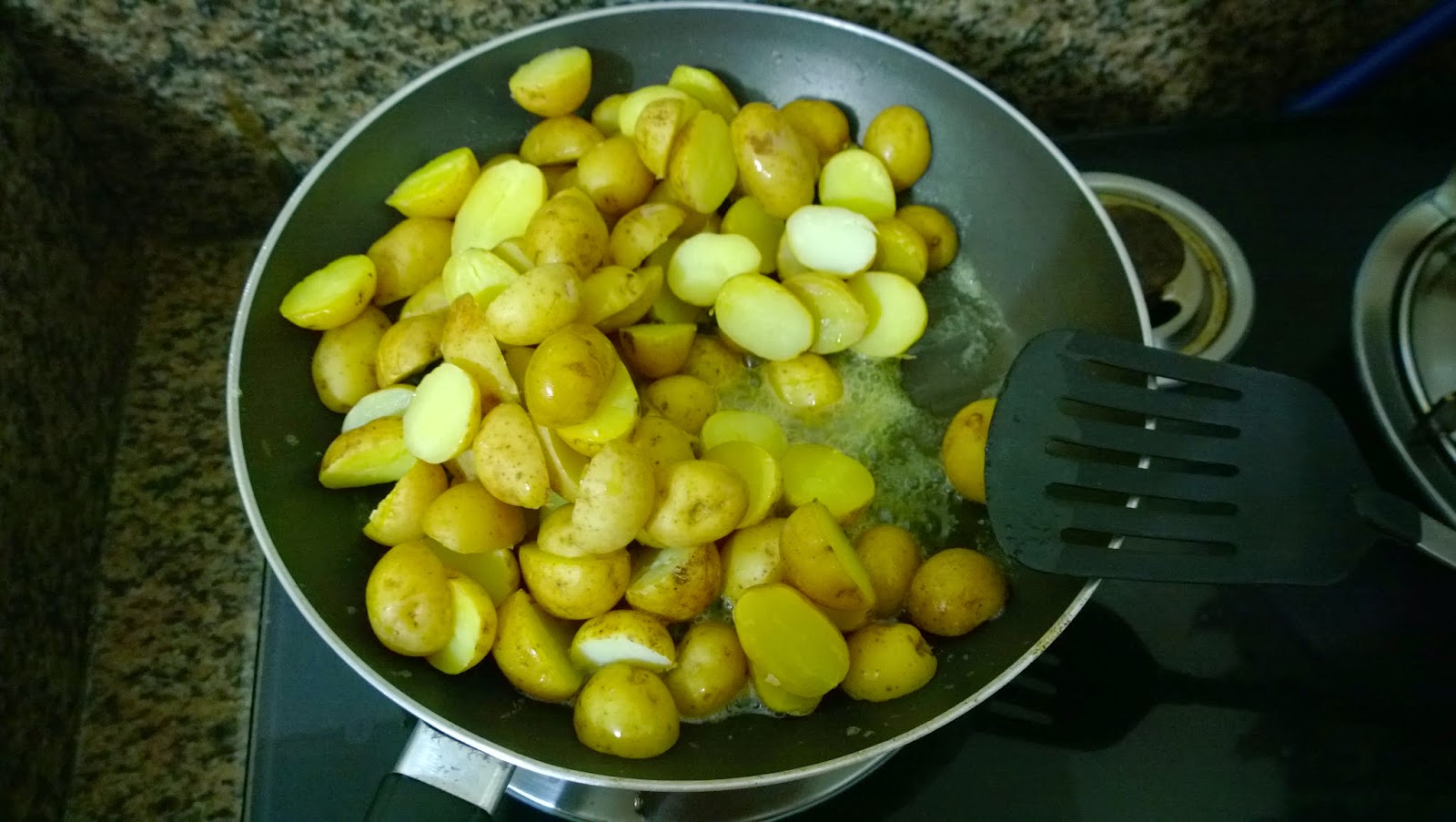 When I got home the potatoes were ready for the final cooking step. Fry them in butter and olive oil (you need some good olive oil so that the butter doesn't burn).  It smelled so good!
Fry the potatoes till browned and the skin turns a bit crunchy.
Season with freshly ground pepper.  Just as you turn off the heat, drizzle with the remaining 2 spoons of white vinegar.  I have a small jar of fleur de sel from Normandy that I have been hoarding and I used that for the final sprinkle of salt.  Finally, garnish with the finely minced spring onions. 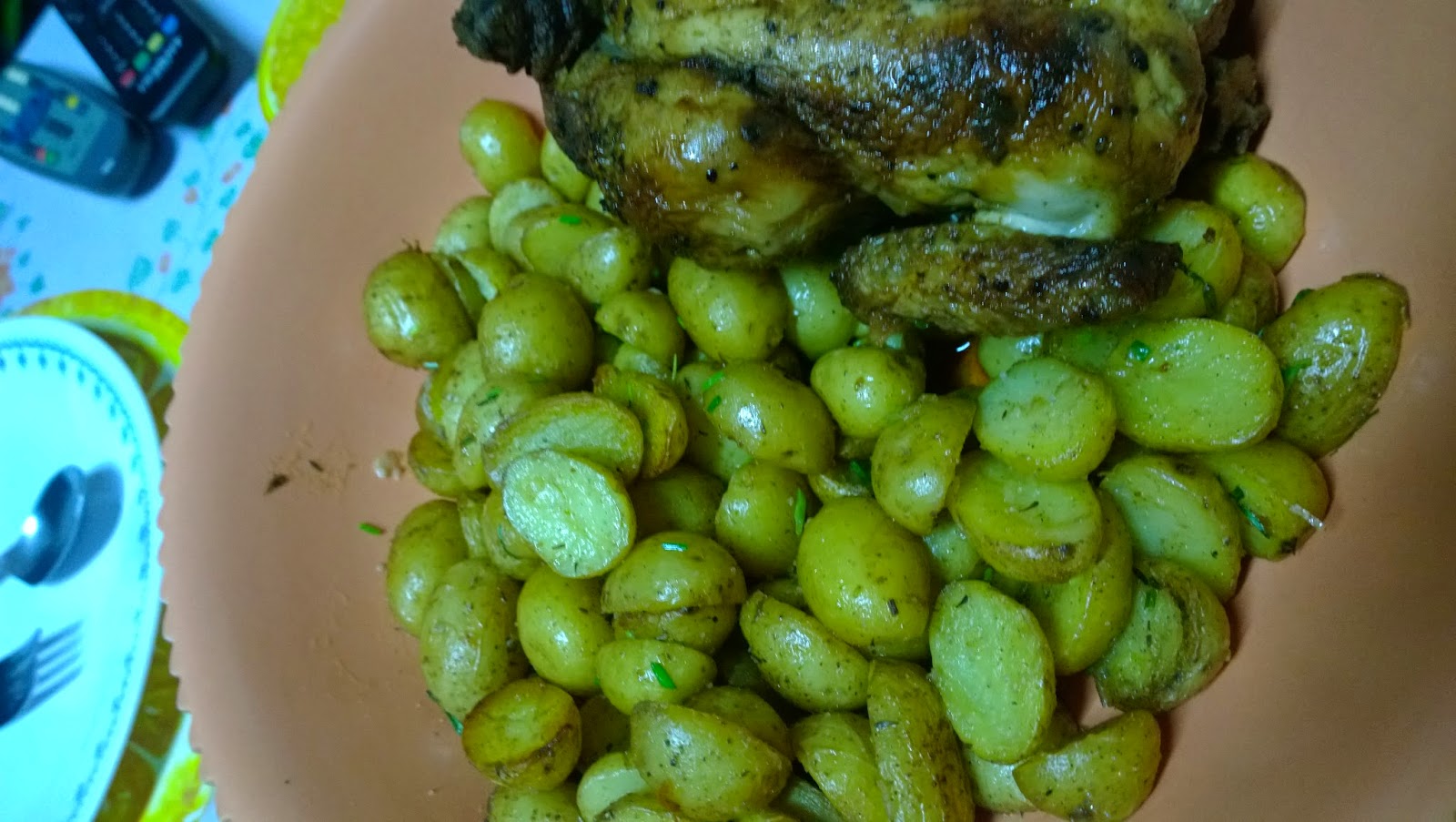 It took less than twenty minutes cooking time and was an ideal side dish to the roast chicken that I had bought for dinner.  Store bought main dish paired with an easy, flavourful home made side dish. Bon Appetit!
Posted by Labrador Lady at 1:35 AM