It takes an hour from the city to Kansai International Airport so I make it a point to get there earlier than needed to enjoy (and cram in) the last few minutes of eating and shopping.
One floor below the departure area is where you can do just that -- there are different eating places and lots of shops (Muji, Uniqlo and a host of others). 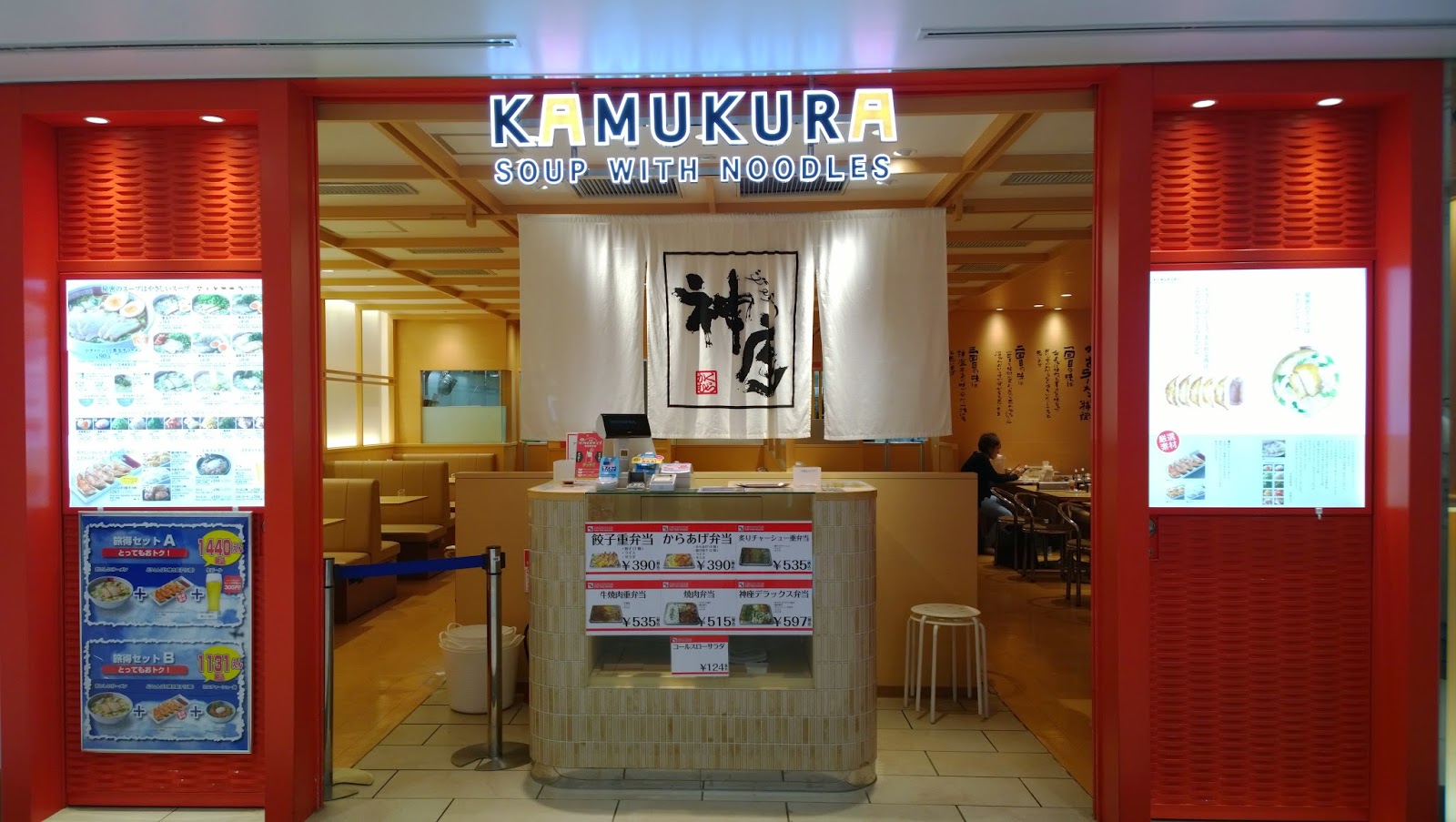 On this last trip, I saw this branch of Kamakura Noodles, an Osaka chain that had been recommended by Japanese colleagues but that I had not visited before.  Why is it called Kamakura when it is based in Osaka?  I had no idea.  I did know that a hot bowl of ramen would be a wonderful belly filler, much better than whatever food the airline had in store for me. 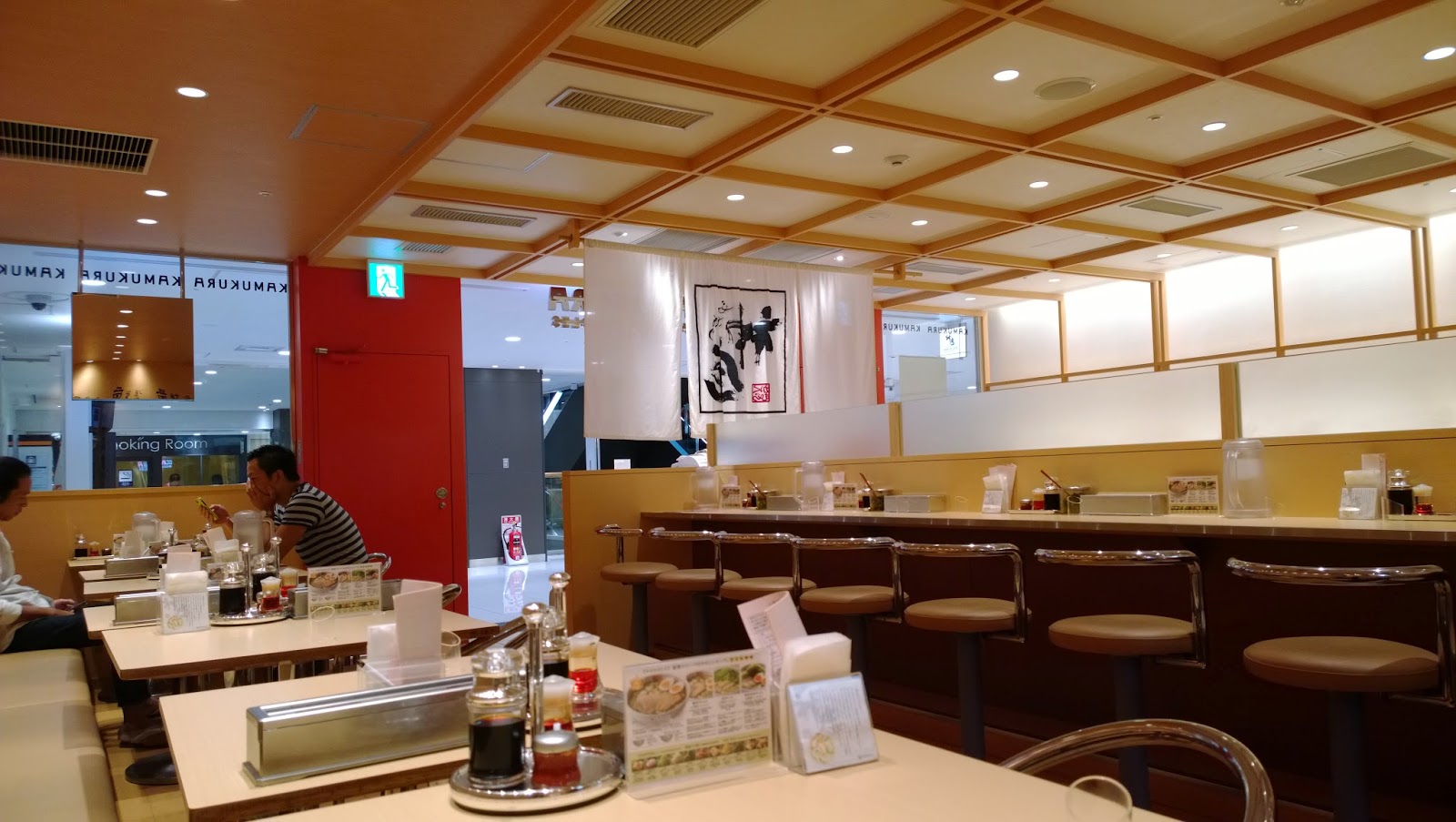 It was not even 8 a.m. and the place was nearly empty.  I found the interiors to be very well lit, clean and the touches of red added to the bright and welcoming ambiance. 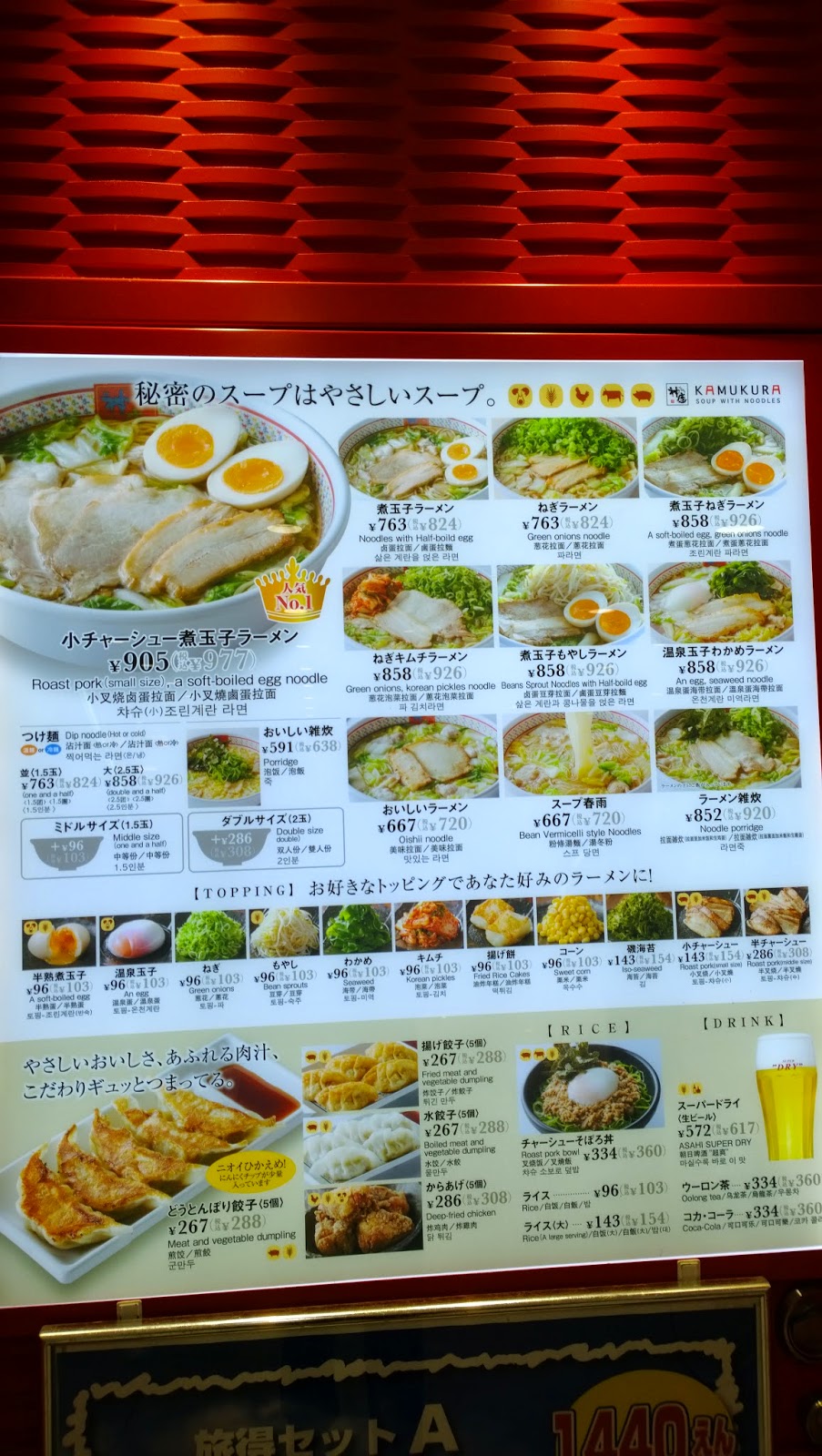 There are quite a number of choices in this airport branch.  Kamakura Noodles use a shoyu based broth, which is clearer and lighter and one that I prefer over a miso or tonkotsu base.  Kamakura's number one best seller, based on this poster is the chashu ramen with egg. 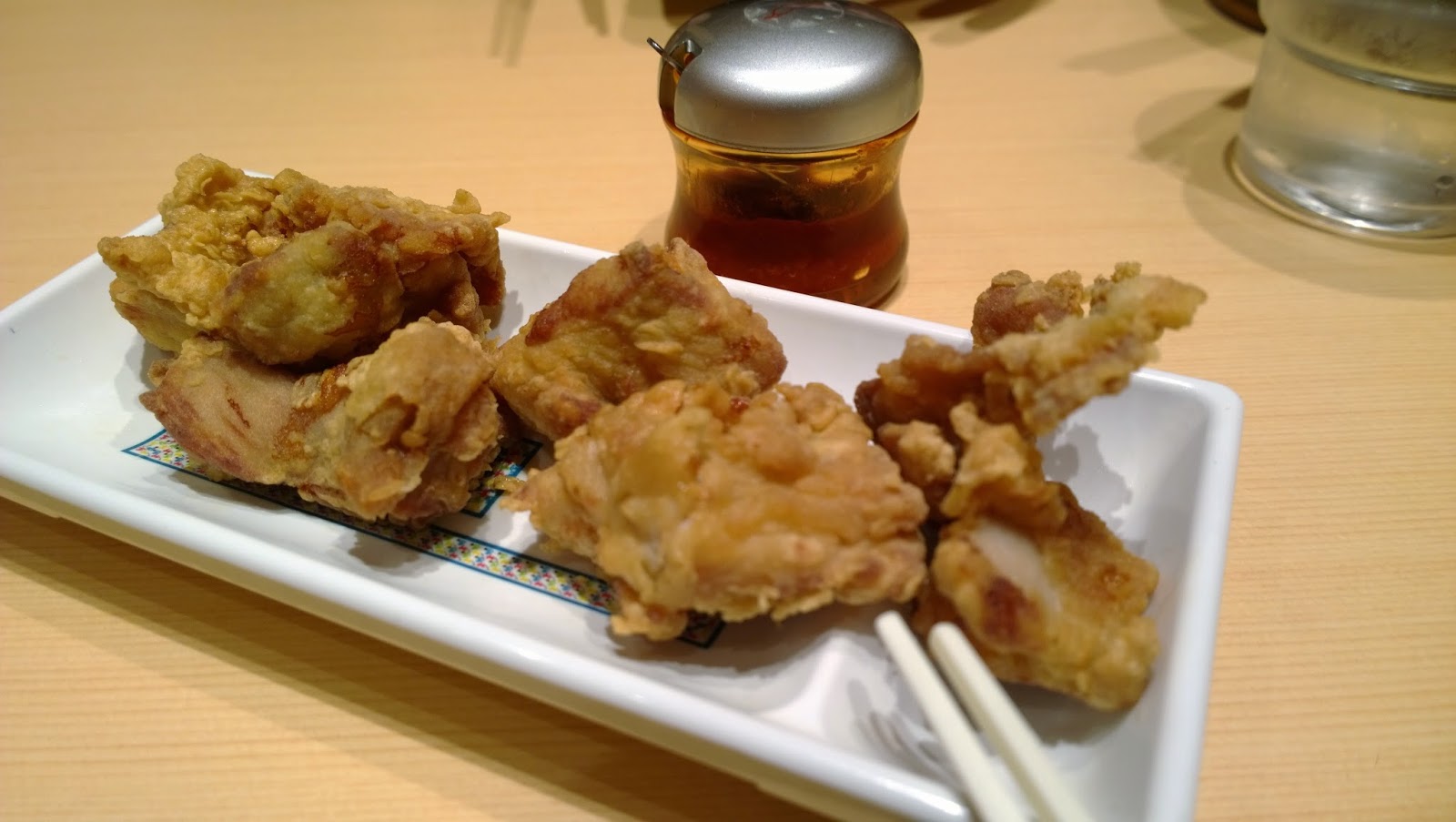 I had been craving for karaage  so I could not resist ordering it on the side, even if I knew it would be  way too much for an early morning breakfast.
An order was made up of 6 pieces, not too big and not too small -- freshly fried and crunchy.
The ginger taste was quite strong which is the way I like it.  There was no need for any seasoning or sauce for the karaage as it was tasty enough on its own. 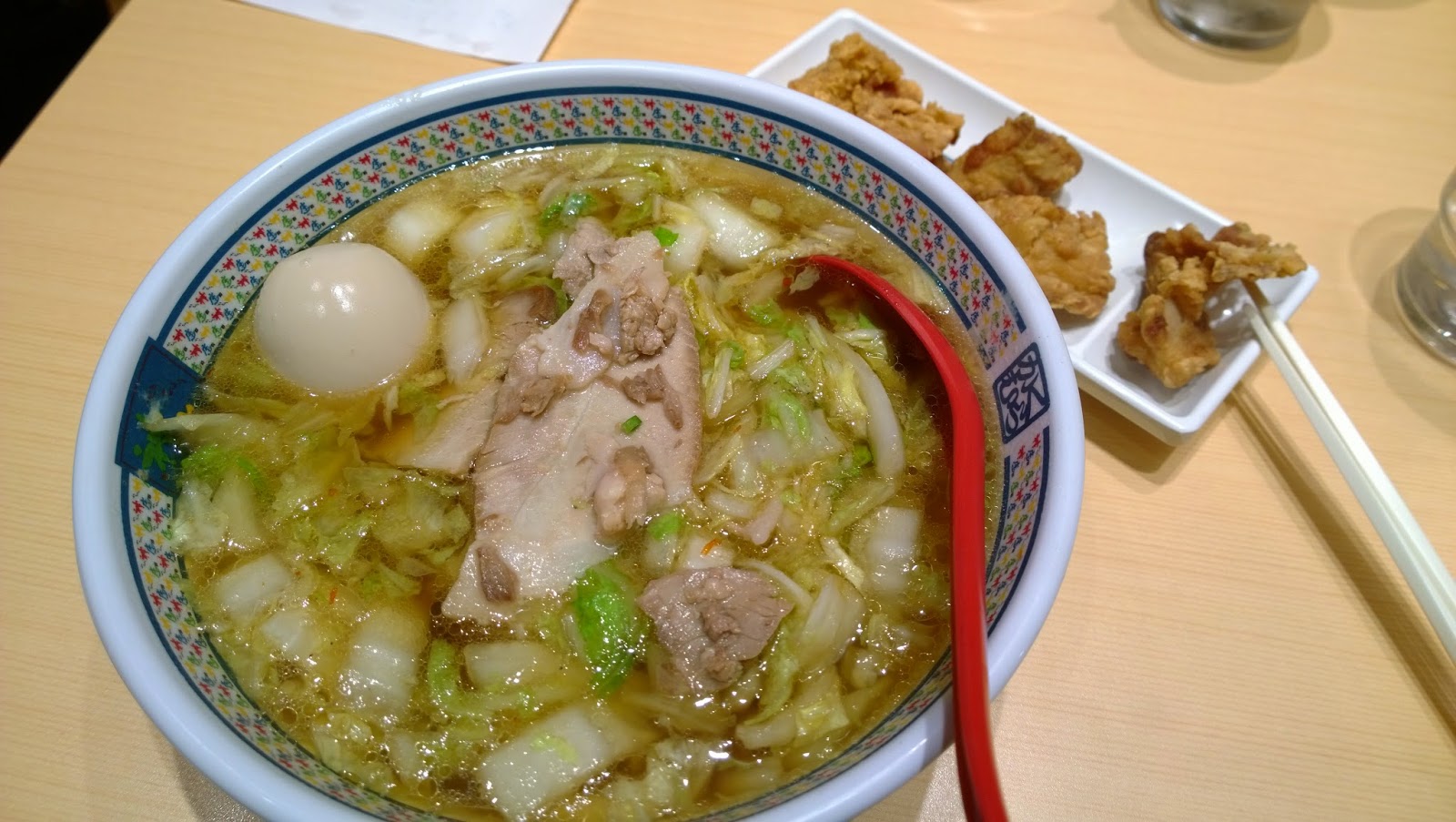 I did not realise Kamakura's chashu ramen would come in such a deep and huge bowl.
For 900 yen, this is indeed good value.  The shoyu broth was just right, not too salty and not bland.
One thing that made Kamakura ramen different was the copious amounts of sliced Chinese cabbage.  Other than that, the ramen noodles were of the same high standard as what you would expect -- firm,  springy and slightly chewy.  The chashu was tender and well flavoured.
I am sorry to say that this plus the karaage was just a bit much.
I tried my best but Kamakura's ramen bowl defeated me.  I had to leave without finishing my food.
Gomen nasai, oishii deshita demo totemo oki deshita!
(Translation - I am sorry, it was delicious but too big!) 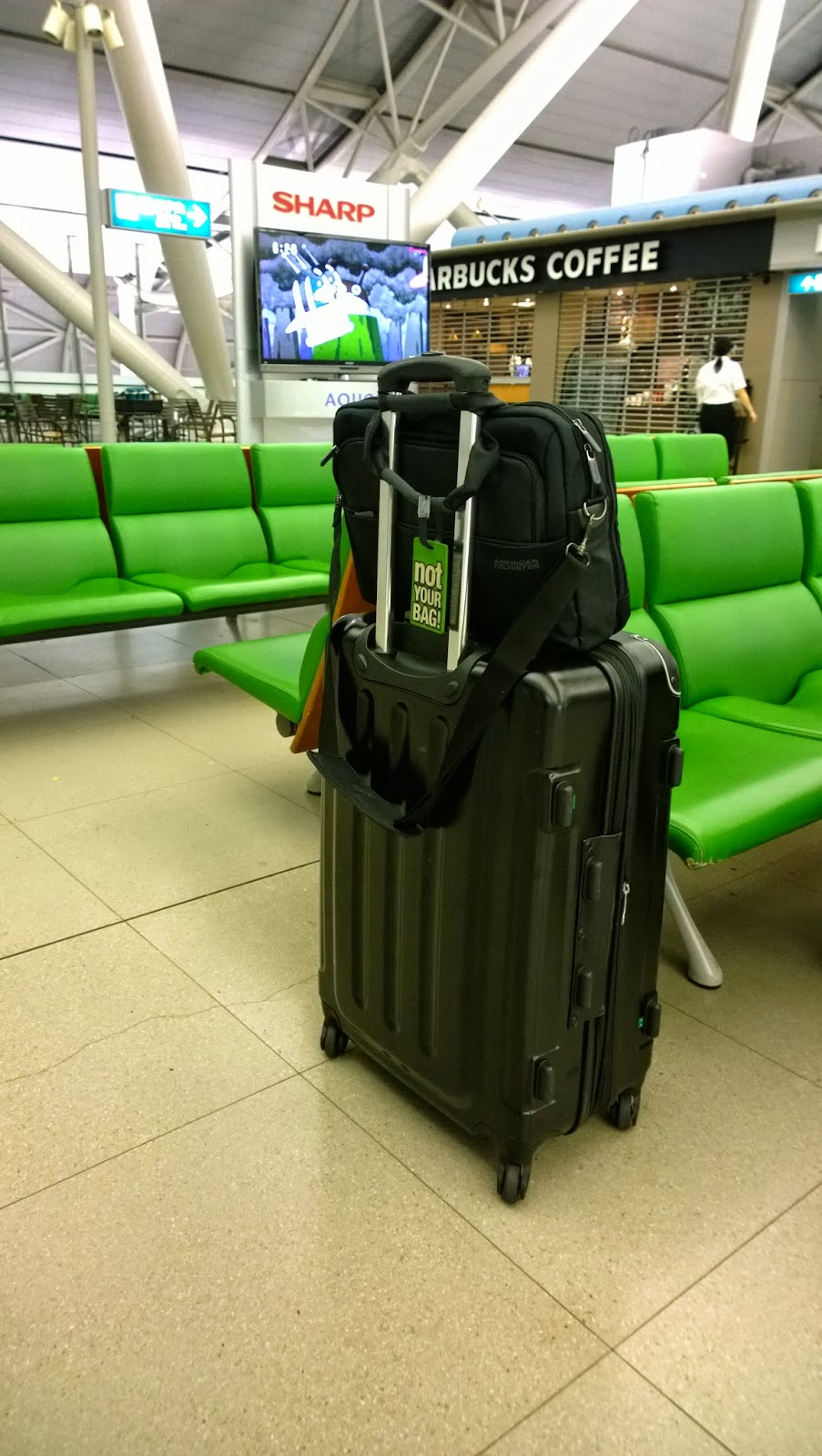 I could barely waddle to check in my luggage.
That last slurp ... and burp in Kamakura Noodles kept me full all through the flight home.

Posted by Labrador Lady at 8:01 PM