Tokyo Tales Part 2 - Lining up for Luke's Lobster in Shibuya


Unless it's for my favourite ramen or tonkatsu place, I hardly ever line up for food in Japan.
If the restaurant/izakaya/yatai/coffee shop or even the convenience store is full,  the food in
the next less crowded spot will assuredly be just as good.
It's almost impossible to eat badly in Japan.
However, on this last trip to Tokyo I was herded to a popular sandwich shop by my
friend's young daughters.  And so that's how I found myself standing in line at New York based
Luke's Lobster in Shibuya. 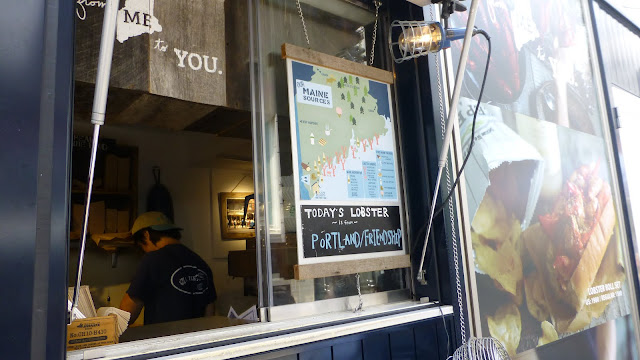 Luke's Lobster is a popular US franchise.   You can find one of its Tokyo branches in a side street
off youth-crowded Omotesando.  The little shop is very popular among young Japanese who enjoy
the authentic Maine lobster rolls. 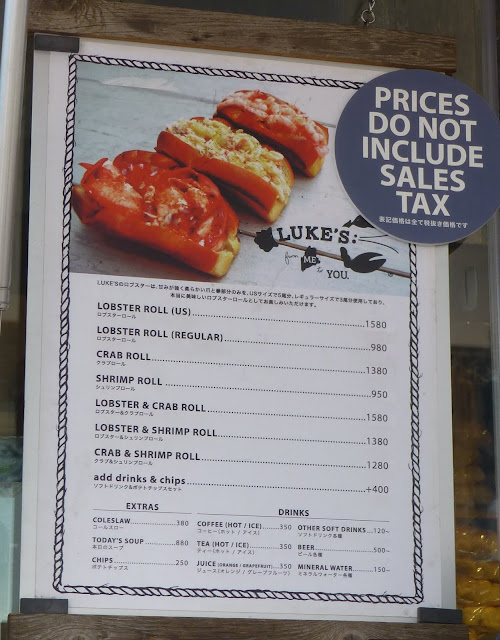 While the lobsters used in the sandwiches are flown in from Maine, Luke's Lobster also offers
locally sourced crustaceans which cost much less than their US cousins.  The lobster roll is
the star of the show but if you are lobster-averse (as one of my friends was)  you can order shrimp
or crab rolls or even a combination of both. 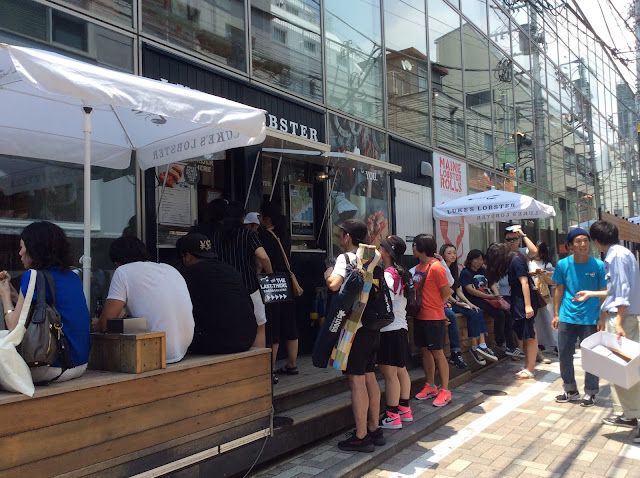 It's hot and sunny but the crowds continue to line up.  See the guy in the blue t-shirt -- he's Luke's Lobster's maitre d and keeps the line from spilling into the street.  Having someone run over by a passing car would certainly be bad for business. 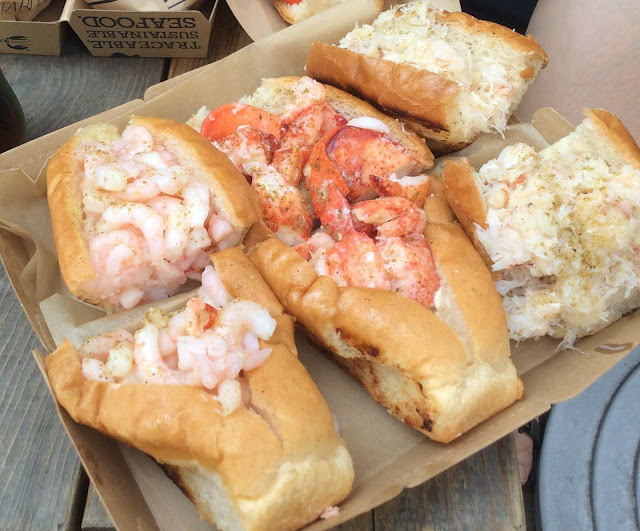 That day there was a special --  three rolls of your choice for a lower price.  Left to right is the shrimp roll, the lobster roll and the crab roll. 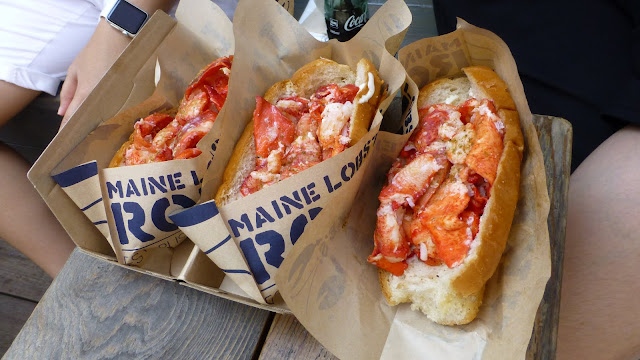 I thought the lobster rolls were the best of Luke's offerings -- the store isn't called Luke's Lobster
for nothing.
The  lobster meat was soft and piled generously on a toasted warm well- buttered bun.
It was mixed with a light tangy, citrusy mayonnaise dressing.
One six inch roll was just perfect for a quick lunch before heading back into the Shibuya shopping swarm.

Posted by Labrador Lady at 1:52 AM