Travels with Martina Day 2 - Apartment-ing in the Marais

After a 4 hour breather in Schiphol (where we stretched our legs and exercised our stomach muscles) we were soon on a plane again, this time headed for our real destination -- Paris. 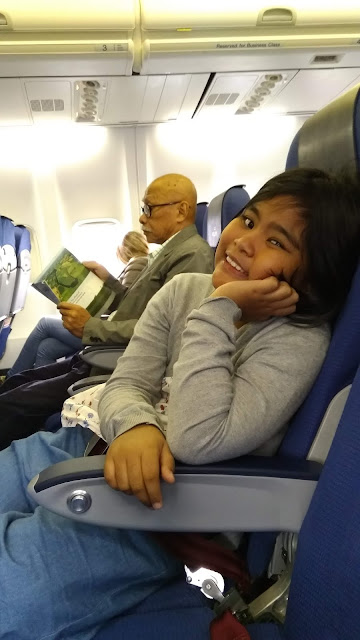 Martina surprised me -- this was her first long haul flight and what a looonnngg haul it was.  Two hours to Taipei then twelve and a half hours to Amsterdam.  While she did get a good night's sleep on KLM's comfortable lie-flat beds, she had been travelling for almost 24 hours when we finally boarded our flight to Charles de Gaulle airport. 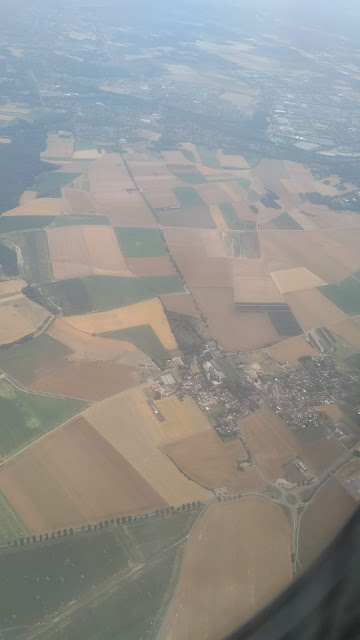 "Where is the Eiffel Tower, lola?  I thought Paris was a city, why are there farms?"  I had to explain that the airport was somewhat out of the city and the view from her window was not yet Paris. 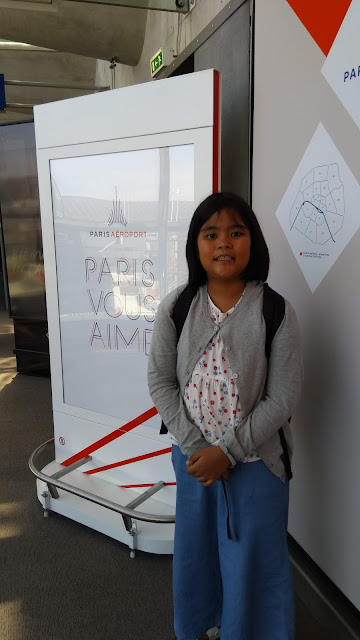 "Paris Vous Aime" -- Paris loves you.  Yes she really does! And we love her right back. 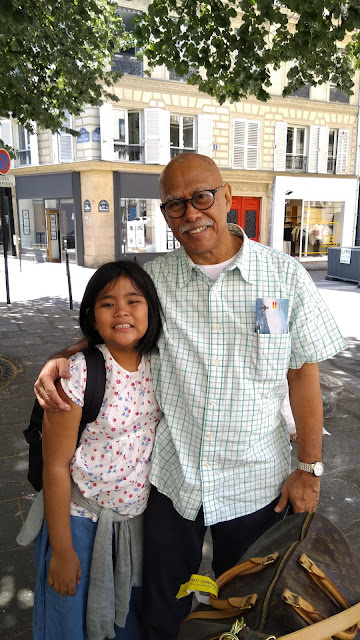 We had contracted  a van  for our airport transfers.  Our apartment, home for two weeks  was strategically and conveniently located along a main street in  the upper Marais area. 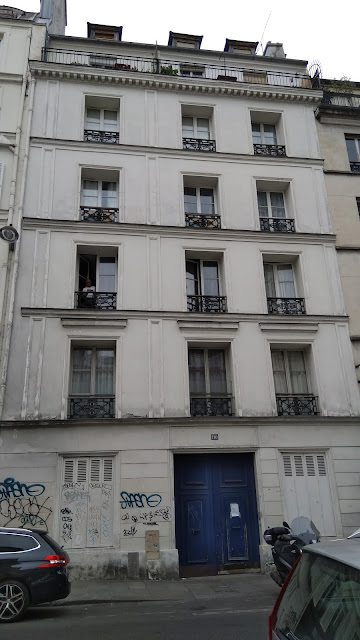 Located on the 3rd floor of one of the many old buildings you'll see all over Paris, the apartment has two large windows which let the breezes in.  Perfect for this summer when Paris was in the middle of a record shattering heat wave.  The apartment had no air conditioning --  having one would deface the facade, something that apparently the government has a say on.  Old structures are protected and owners are not allowed to add anything that will affect the building's look, they can only improve the interiors. 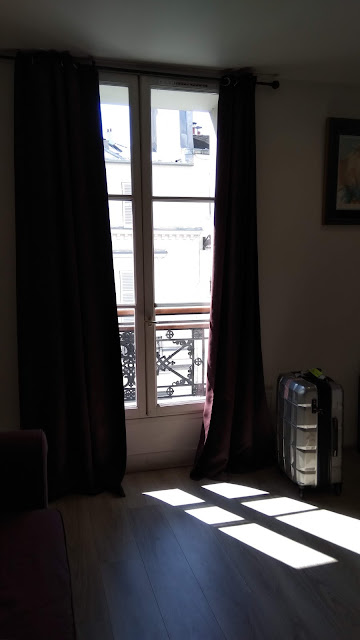 And so we opened the curtains and looked out onto more residential buildings across the way --
all of them seemingly without the advantages of air-conditioning too. 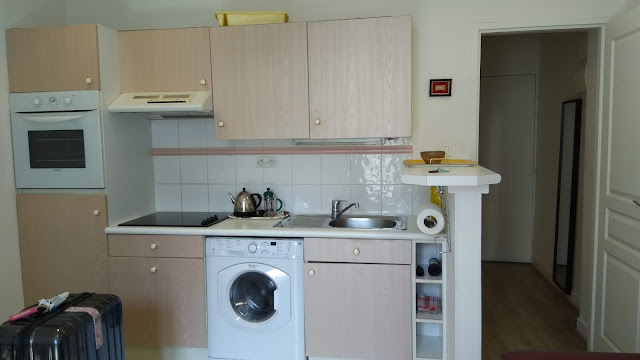 While the apartment was relatively small -- 34 square meters all in all, it did come with a complete and compact kitchen.  A four burner induction range, microwave, coffee maker, refrigerator ... there was even an automatic washer and dryer.   We would make good use of this kitchen and the laundry facilities during our 14 night stay in this apartment. 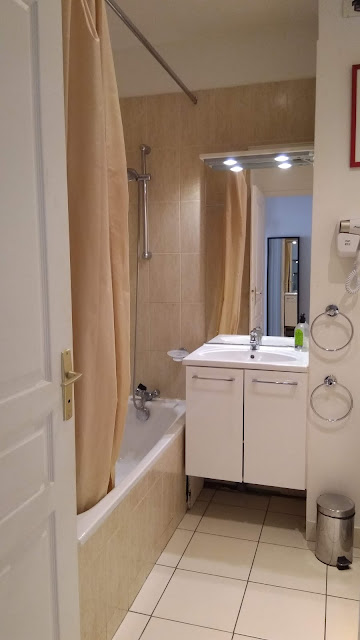 The apartment was small and the building was definitely old but the bathroom was spotless and clean -- a big plus in my book. 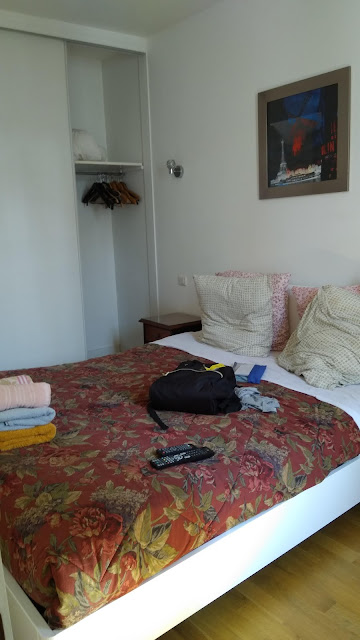 Sleep quality was good too - we didn't miss the air conditioning as we opened the windows wide at night -- and would have to close them during the cooler early dawn hours. 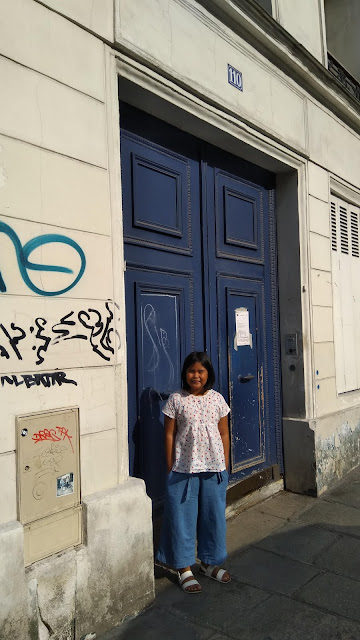 Here's Martina standing in front our building.  Her first impression was of the ubiquitous graffiti --
" why is Paris so dirty, lola? "  But then she said in the same breath "but it's so beautiful too!"

Get the child adjusted and comfortable in the new environment as soon as possible.   Whether you're staying in a hotel or a rental apartment, take her on a tour of the place, explain what to do, what not to do, how things work and just how much like home it is (or isn't).  If there's time, take a quick walk around the neighbourhood to show the child that this is a friendly and hospitable place.

Posted by Labrador Lady at 4:27 AM