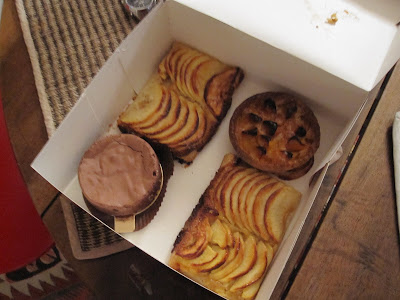 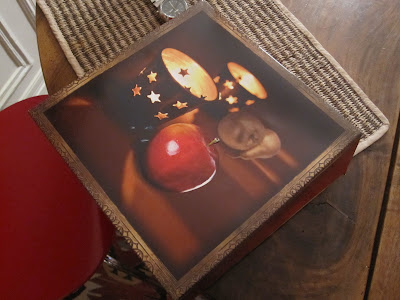 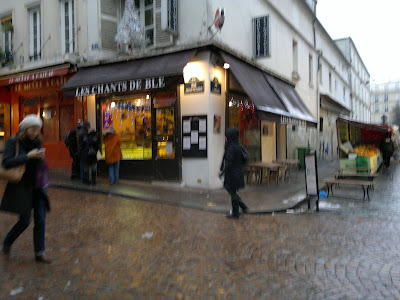 There is a small bakery and patisserie that I discovered when we went to Paris last year, at the corner of Rue Mouffetarde and Rue Arbalite. It became my regular boulangerie and I walked there every morning for a crisp baguette that we would have for breakfast.
Aside from different kinds of bread, they made terrific pastries - the best of which to my mind was their tarte tatin. Topped with thinly sliced apples, with a creamy delicious custard and a really flaky yet crisp crust -- it's to die for and the first
place I went to, after we finally landed in Paris, just 12 hours behind schedule, was to hie off to this bakery and buy a couple of tarte tatins and my second favorite, an apricot tarte.
The lady packed my pastries in a pretty and festive box which added to the pleasure of that very first bite of the best tarte tatin -- my very first taste of Paris.
Posted by Labrador Lady at 1:37 PM