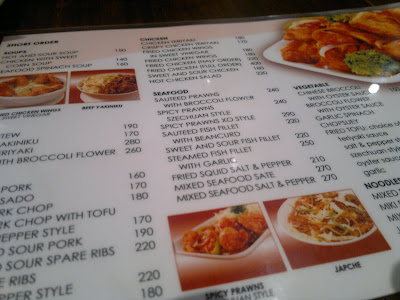 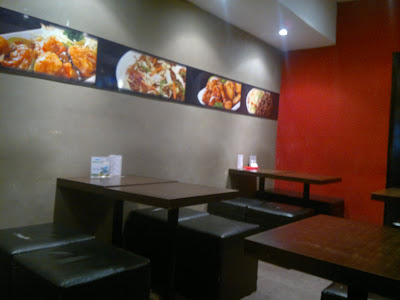 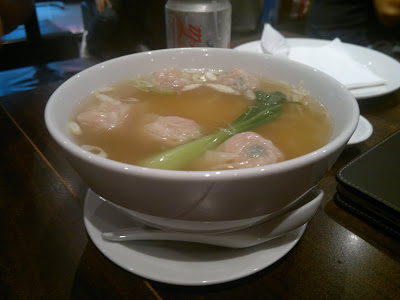 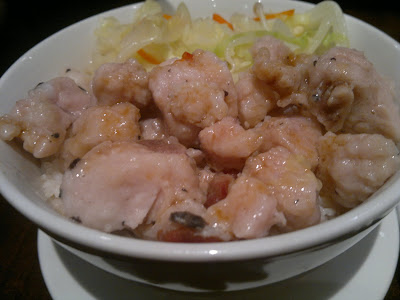 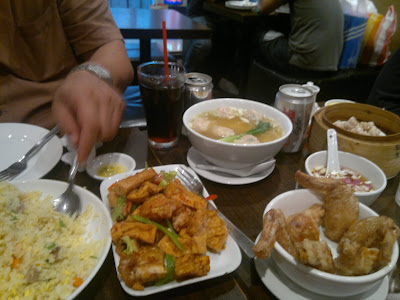 Lusting for a steaming bowl of won ton noodles? Fulfill your desire for this and more at this teeny hole-in-the-wall called (what else) WON TON tucked away in a side alley of Shoppesville in Greenhills.
A friend took me here for a late lunch -- he promised Won Ton was better than Le Ching, my all-time barometer for judging cheap dives with great food.
Won Ton is a hop and a skip away from Le Ching. For a minute, I hesitated before I pushed open the door -- Won Ton is a much smaller place, the leatherette seats and booths had definitely seen better days and it seemed quite poorly lit. But, the best places are sometimes the ones that look the worst so I was ready to be won(ton) over.
And yes, I was indeed.
The menu, all two pages of it, was more extensive than Le Ching's. Aside from the noodles and dimsum, there was a respectable list of pork, chicken and vegetable dishes. My friend recommended two must-trys for a first-timer like me: the fried pork chop with tofu and the fried chicken wings with sweet vinegar. I also wanted to try the spareribs rice, something that all good chinese dimsum places do well. And of course won ton noodles. And since we ordered pork chops, well -- we had to have the yang chow fried rice.
The food came quickly -- hot, freshly cooked and yummy. The fried chicken wings were tasty and crisp and had a sweetish vinegar dip with lots of chopped onions. The pork chop with tofu reminded me of Hainanese pork chops and were fried with green and red bell peppers, broccoli flowerets and some chili pieces, very tasty and quite tender. I found the yang chow rice a little too oily and slightly more salty than I would have wanted it -- and made a mental note to order plain steamed rice next time.
Looking for something else to order, we decided to have fried shrimp puffs which were quite good, the filling was made with real, recognizable shrimp and the small dish of mayonnaise that came with it made for a creamier bite.
Won Ton is a great little discovery -- It's good, it's reasonably priced (P140 to P270 for generous servings, good for 2 to 3 unabashed eaters) and has a lot of other items on the menu that look very promising!
From now on, when I'm in Greenhills, Le Ching will have to share my wallet with Won Ton!
Posted by Labrador Lady at 1:29 AM